The first cash register was patented in 1879November4th.It was invented and patented by American James Ritty, he had a small but popular cafe in Ohio, with the influx of squads of visitors.Thismachine by button pressing only recorded the specific amounts of money - and so it was patented. Later it appeared in more advanced models.Thoughantique cash register buttons have been clumsy, but they were able to work as fast as today's cash registers. It is wrong to think that antique cash registers are intended only for collectors, because they are not used for its intended purpose.If you like exclusive interior design - antique cash register will perform this function very well, both at home and in public space - in the office, at the bureau or in some commercial premises. 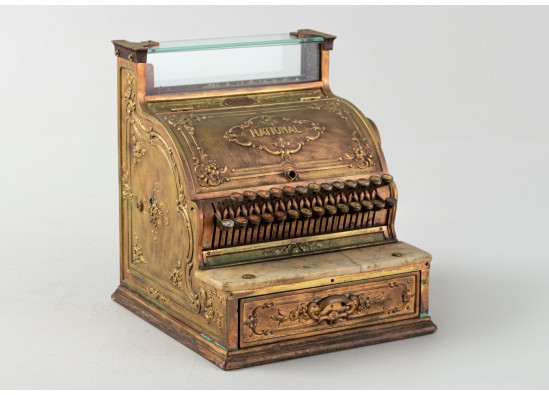